This is an ex-Chromebook firmware guy – I simply don’t have the time or the willpower to do stuff with Chromebook firmware, any more. I’ll leave the various pages here for posterity, in the event that it helps someone informationally, or that one of these firmware/legacy slots fixes a problem that the various firmware providers, don’t.

I want to thank everyone at coreboot (and by extension, Google), especially Ron Minnich and Stefan Reinauer, for their moral, technical, and financial support, over the last 6 years – it was definitely a mind-blowing experience going to the coreboot meetup in 2014, and I’m fairly sure I would probably not otherwise have my current job, either directly or indirectly, had I not decided to scratch my itch and get involved in the small way I was capable.

Please also note: this website, and my exploits therein, have absolutely no association with my employer.

So, you know the way you can’t do proper wireless bridging, in client mode, if your AP doesn’t support “4addr” mode, in Linux, these days? The Debian page on same is about the best resource going on the subject, but the ebtables instructions just plain don’t work. Also, parprouted hasn’t seen any updates in 3 years, and crashes a lot.

Well, if you enable proxy arp on the wireless and bridge interface using sysctl settings, it works, and is nice and simple. :)

Here’s the relevant bit from my /etc/sysctl.conf

I split my private subnet into two 25 bit networks so the kernel hopefully knows which IP’s are on which side (the bridge or wireless). Here’s my /etc/network/interfaces:

I don’t specify any bridge ports, because they get added dynamically by KVM/LXD – the purpose of this setup is to have KVM/LXD hosts set up on the bridge side, which can communicate with each other, and the rest of the network/internet as though they are “real” and directly connected.

Only thing to note is that you either need a separate DHCP server on the bridge interface side, or to configure a dhcp relay so that VM’s/containers can get an address.

So, I recently purchased a Dell XPS 15 9560 (don’t get too excited – only the boggo standard one with core i5 and 1080p screen) so that I have decent hardware for work. I’ve upgraded it to 32GB of RAM, and yesterday, I installed a 1TB Samsung EV0 960 NVME drive in it.

Work have a policy that all employees should use disk/filesystem encryption, and that it should, in some way, be protected by a boot/login password. The question was, how to achieve same, so I can take advantage of the builtin encryption on these drives, and have it adequately protected.

There is not a lot of concrete information on the internetz about how to achieve this, and the information that is there is somewhat misleading. I guess this is because the tech is relatively new, and it just needs someone with a reasonable working knowledge to nail things down for people. So here I am.

Here are the important things you need to know:

I could’ve gone the route of compiling the cli util and image myself, and I did try this, but there is currently something wrong with the build script whereby it’s trying to download the sedutil package from an address that doesn’t currently resolve, and well, I had already spent a fair bit of time trying to get this working today, and I couldn’t be bothered. :P

END_OF_DOCUMENT_TOKEN_TO_BE_REPLACED

Boot from SD (Pi Zero will not start without it).
Connect to wireless.
Enable SSH on startup:

Tell the update mechanism that this is the latest version of the script:

Get the kernel files thingies:

END_OF_DOCUMENT_TOKEN_TO_BE_REPLACED

I saw an interesting post on the coreboot mailing list this AM, which details a problem with graphics on some AMD Richland CPU’s, which is fixed by disabling threading in SeaBIOS:

So, I’ve disabled multi-threading in all the builds as a precaution, as I know some people with older models have had occasional graphics problems, and I guess having slightly slower init from SeaBIOS is a small price to pay if it means your machine actually boots! Now, I’m not saying this is definitely the cause of the occasional problems, as I don’t know, and they are completely different CPU’s buy different manufacturers, but it can’t hurt, right?

This is another one of those “I bet you haven’t seen this before” moments. Thanks to Matt DeVillier and Aaron Durbin for giving me a sniff at where to start. You will see from the above that’s Grub2 and it’s running on an Acer Chromebook R11 (Braswell).

How did you do it?

END_OF_DOCUMENT_TOKEN_TO_BE_REPLACED

Apparently, the Synaptics driver was replaced by libinput in Fedora 22, which doesn’t currently support kinetic/inertial scrolling. Here’s how to get it working.

As is usual with computery things, there are many ways to do this. But, this is my preferred method:

Obviously, you will want to adjust the svn and pn bits, as well as perhaps adjusting what the keys do to your own liking. You can find the correct vendor/part bits in dmidecode output:

Then rebuild the hardware db and reboot: 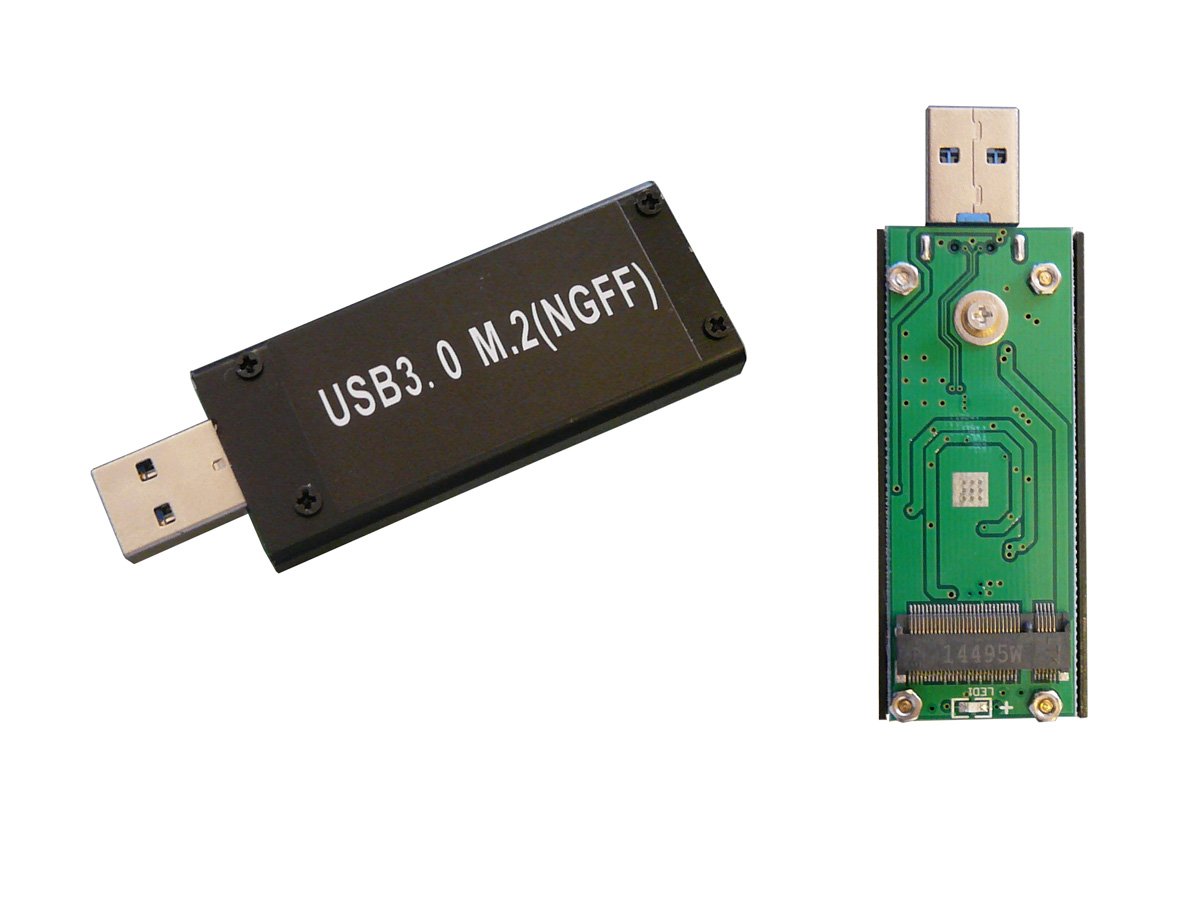 Please note – As a result of booting ChromeOS from SeaBIOS, the HWID is not available, therefore ChromeOS will not update. To update, you will need to flash back to the stock BOOT_STUB or use CTRL + D in the case of RW_LEGACY to boot ChromeOS as normal, then instigate an update yourself, and flash the modified BOOT_STUB again if you need to.

If you’ve already flashed your Chromebook to install Linux previously, you will need to flash back to stock, if running a modified BOOT_STUB/Full ROM. You’ll then need to run ChromeOS recovery. If you’ve previously modified your RW_LEGACY slot, it’s worth bearing in mind that ChromeOS Recovery will flash the stock RW_LEGACY, regardless of what state of functionality it leaves you in. In this case you will need to flash the modified RW_LEGACY slot again.

From ChromeOS Crosh shell, we firstly need to resize the stateful partition to make some space for Linux, like so:

Here, we have told cgpt to resize partition 1 to 2 GB in size. This is how you workout what the argument for -s should be:

Next we need to disable rootfs verification, so we can plonk a copy of the ChromeOS kernel into the root of the third partition, for Grub2 to pick up and use, later on:

Next, we need to get our copy of the ChromeOS kernel and put it on a USB stick. Warning – although many distro’s contain a “vboot_utils” package, vbutil_kernel doesn’t have the same functionality as in ChromeOS, hence why we need to do it now:

Where “UNTITLED” is the label of your USB stick.

We also want a copy of the current boot record and partition layout (this is important so you can boot the “normal” way on occasion, and actually update ChromeOS, otherwise ChromeOS Recovery will like to wipe your disk):

Now would probably be a good time to reboot, and check the damned thing still works. :)

If appropriate, now is the time to flash the modified BOOT_STUB.  Also, have your Linux Live USB plugged in, then reboot.

Install your distro as normal, but leave the ChromeOS partitions intact. Fedora will insist you create at least 2 partitions – 1 for “biosboot” (an area for Grub to store itself) and another for the system – /dev/sda13 and /dev/sda14 respectively.

Reboot again, and take another copy of the disks partition table as above, but replacing the name appropriately. Then you should copy your vmlinuz file to the root of /dev/sda3.

There’re a couple of important things here. Firstly we want to make sure Grub is loading GPT support (as we’re using ChromeOS’ GPT layout, hence part_gpt). We have to also make sure we refer to the partition as “gpt” as opposed to “msdos”, as would be “normal”, and we’re adding a kernel cmdline option to effectively bypass the TPM. The latter is needed otherwise ChromeOS takes 10 minutes trying to start, using the TPM for user directory encryption. All good fun.

That should be about all that’s needed. If you need to update ChromeOS you will have to flash back the stock BOOT_STUB (if you’re using it), and dd back the chromeos GPT layout, then start ChromeOS normally. Obviously, you need to be careful you do both of those at the same time, otherwise you could leave yourself with a semi-unbootable system which will require wiping with ChromeOS recovery. Conversely, when you have updated, you will need to flash back the modified BOOT_STUB and dd back the distro GPT layout to get back into the dual boot setup.

One more thing, in my attempts to get this working on Baytrial I ascertained that the following commands are needed to bypass the default partition maximum of 8 for MMC devices in Linux:

If anyone wants to pick that up and run with it in terms of getting ChromeOS to actually boot using this dual-boot setup, be my guest.